Safeguarding Ireland’s May Public Awareness campaign was on Coercive Control.

What is Coercive Control? How do we understand it better the need to work towards expanded laws to prevent it. 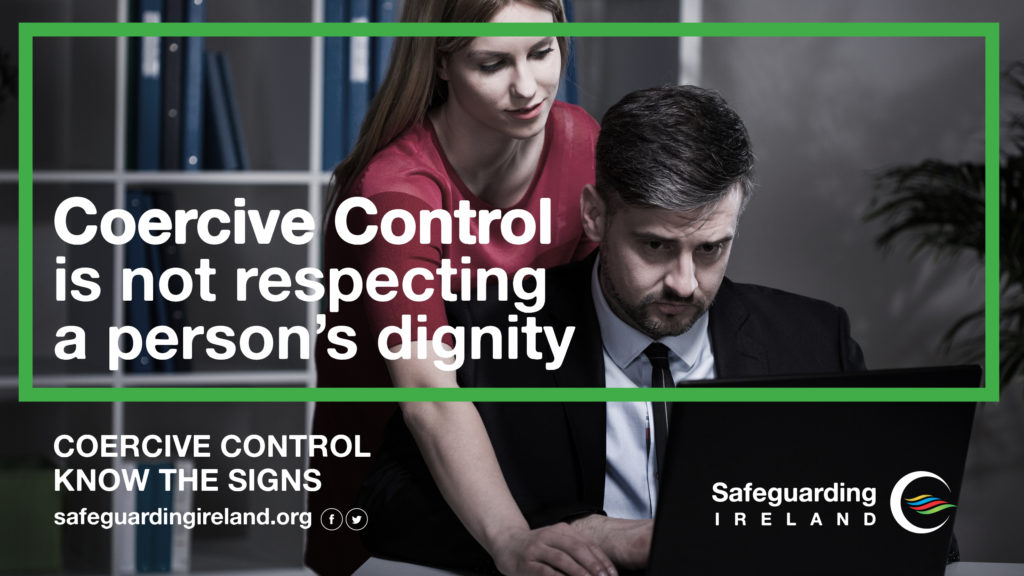 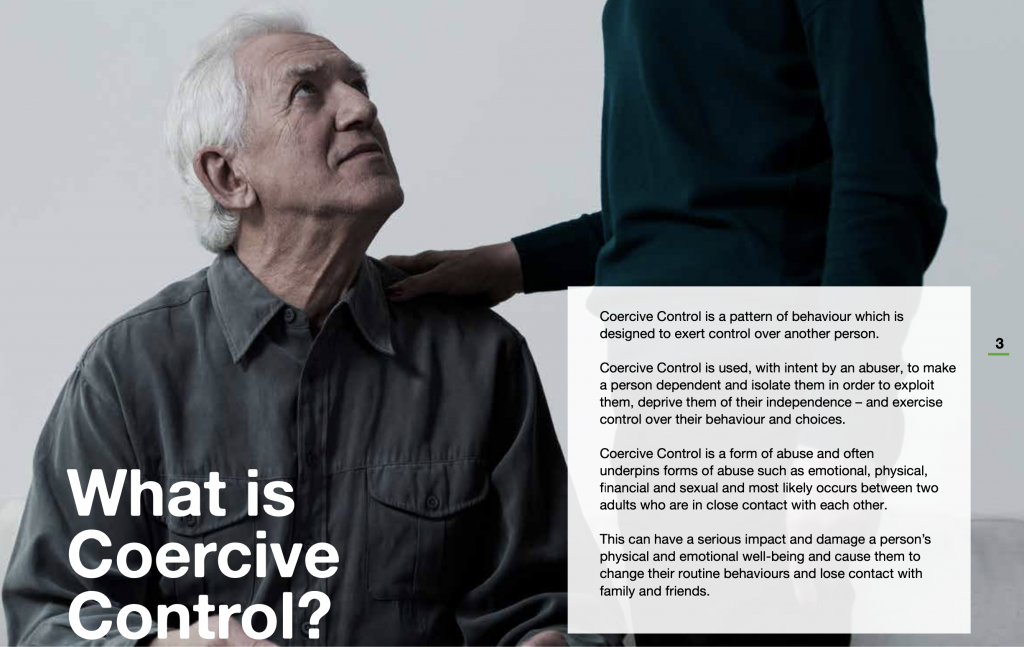 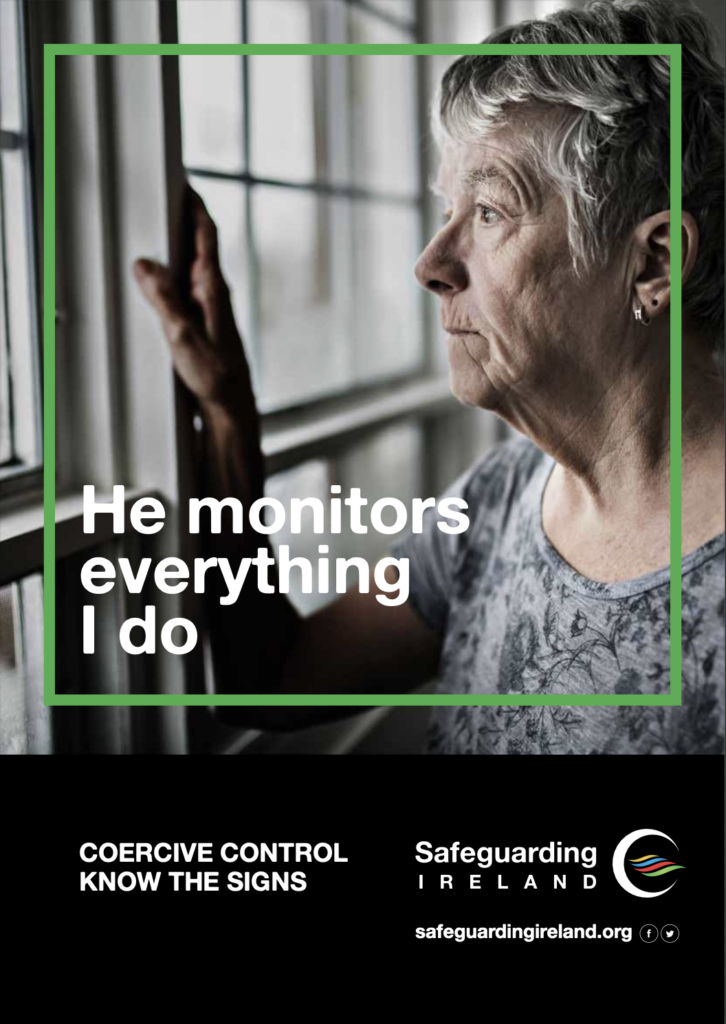 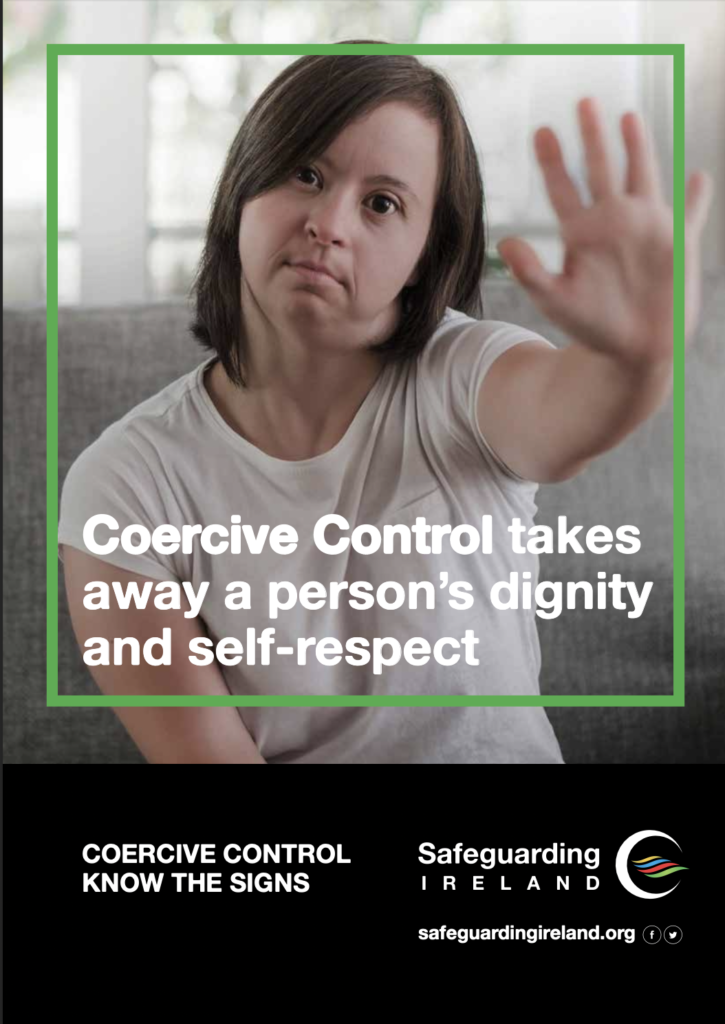 What is Coercive Control?

Coercive Control is a pattern of behaviour which is designed to exert control over another person.

Coercive Control is used, with intent by an abuser, to make a person dependent and isolate them in order to exploit them, deprive them of their independence – and exercise control over their behaviour and choices.

Coercive Control is a form of abuse and often underpins forms of abuse such as emotional, physical, financial and sexual and most likely occurs between two adults who are in close contact with each other.

This can have a serious impact and damage a person’s physical and emotional well-being and cause them to change their routine behaviours and lose contact with family and friends.

Coercive Control is subtle and difficult to detect from the outside looking into a relationship (where one person trusts or is dependent on another person), so too can it be hard to spot when in the relationship itself. The abuser may be careful to conceal it.

As behaviour worsens each incident of abuse becomes a new normal. Being under Coercive Control often reduces a person’s ability to think independently, or have time and space to seek support.

Signs of Coercive Control include:

In research commissioned by Safeguarding Ireland, a low level of public awareness of Coercive Control was found:

When then provided with an explanation of Coercive Control:

Coercive Control is more common than we think

Safeguarding Ireland believes Coercive Control to be more common than we think.

We are all at risk of Coercive Control at times in our lives, particularly at difficult times. Those who can be most at risk are vulnerable people living with a long term mental, intellectual or physical disability, or frail older people.

Domestic abuse within an intimate couple has increased during COVID-19 and often includes Coercive Control with other types of abuse such as emotional, physical, financial or sexual.

Greater awareness is needed among the general public, professionals and those who may be vulnerable to identify and report Coercive Control, or any type of abuse.

Current laws only recognise Coercive Control as an identifiable crime in the setting of an intimate couple relationship.

However, Coercive Control can occur in any close contact adult relationship and Safeguarding Ireland believes that laws should be expanded to recognise it as a crime in any relationship or setting where it occurs.

If you suspect that you are experiencing Coercive Control, or witnessing this occurring to someone else – don’t hesitate to take action and report it.

For an ongoing safeguarding concern that support is needed with contact the HSE National Safeguarding Office at: Email: safeguarding.socialcare@hse.ie Tel: (061) 461 358. There are nine Safeguarding and Protection Teams covering all regions in the country.

There are also support and helpline services available for people who need to talk confidentially. Details are at: